Bump Watch 2014
I must say, I have been terribly impressed by what the body can go through re: babymaking. Just the sheer SIZE and dimensions to which I grew were astounding to me. 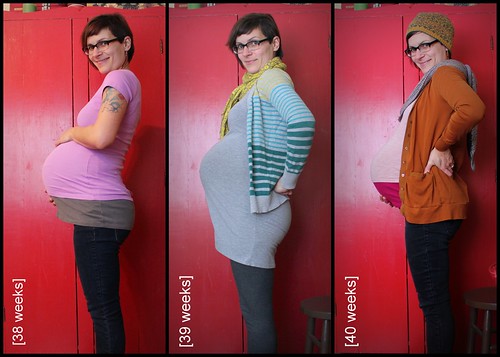 See? Holy crap. And now, 4.5 weeks after Willem’s birth, I stepped on the scale to find I’m about two pounds above the weight I was when I learned I was pregnant on June 8, 2013. How in the heck does THAT happen?! I’m not complaining. I’m just amazed.

And now? Now I have this sweet little guy who, just in the last few days, has begun cooing and making little squeaks and smiling at me (instead of just sleep smiling after a good meal; he actually laughed in his sleep post-middle-of-night feeding this week, which was pretty darn adorable). It’s been very tough in some ways – a lot of ways, really – caring for a newborn. Probably the toughest thing I’ve done will be THIS. To all the parents out there, that’s probably the biggest “DUH” statement of all time. I just had no concept of it until we brought this little guy home with us. I wouldn’t trade it for anything, of course, but newborns? Tough.

Willem’s Birth
I figure I should also get his birth story down before I forget. Actually, I feel like I already was in such a different world throughout it all that my memory of it will not be very accurate. It was such a surreal experience, and I definitely feel like a total bad ass for getting through it in one piece with this awesome little guy at the end.

The start: my first day of maternity leave was Monday, 2/17, and I had a midwife appointment that morning. She had me set up an appointment for Thursday to check on baby’s overall health since we were officially “overdue.” She said, though, “I really don’t think you’ll make it to then.”

I bought a bunch of picture frames at Michael’s for our wedding photos, then headed home before the latest ice and snow storm could hit. I finished our wedding photo album, set up the changing table area in the baby’s room, walked out… and my water broke.

That was surreal experience number one. I called Chris, then the midwife. There was meconium in the fluid, which can be normal or can mean the baby has had some distress. We headed to the hospital right away because of it, and on the way there we realized my contractions were 2.5 minutes apart already. It was pouring rain, which turned to ice just as we pulled into the hospital (and later heavy snow).

I was doing pretty well for a while. We had our music playing the whole time, and I was able to roll and bounce and moan away on the birthing ball for a while. Early on, this jerky doctor barged into my room and wanted to hook me up to some machine that would flush the amniotic fluid out and would also have made me bed bound. Willem’s heart rate dropped once (it actually continued to have some concerning dips). Apparently, this doc is known for doing this crap, because my nurse called my midwife right away and got her in there stat. My birthing classes came in handy just for helping me speak up for myself. With nasty doc there, I said something like, “I’ve got one doctor making me feel like my baby is under incredible distress and I’m an idiot for not doing this invasive procedure and another telling me we can monitor it.” Thank goodness my midwife was there to tell me the doc was being an idiot.

Things got really super intense fast after that. I almost fainted on the birthing ball and had to lie down on the yoga mat. Apparently, I was there for a long time. I remember almost throwing up a lot, and at one point Chris totally got to witness me take a dump in the bathroom (I asked him to help me with a courtesy flush). 🙂 Time all blurs together, and all modesty and logical thought went completely out the window. They say to just think about the contraction you are currently dealing with. Well, there was no way I could really think about anything else. For a long time I was on all fours on the bed, rolling my hips around and moaning a whole lot just to get through each contraction. In between, I would fall back into child’s pose on the bed. I think I might have even been sleeping in between. I don’t know, I was completely unaware of my surroundings.

At one point, ten people all came rushing into the room. The baby’s vitals dropped pretty severely, I guess. He was okay, but that kind of shifted things. I remember my midwife checking me (I believe I was writhing in agony during that particular check), and I was only 7-8 cm. She recommended an epidural, and I was all for it. Honestly, I just couldn’t see how I was going to make it any longer, and if you’re wishing for a c-section the pain is so bad, you know you’ve got problems. I had just reached the point where I literally couldn’t NOT push, and they were telling me I somehow had to wait. And the pain and effort of getting through each contraction was just too too much. I can’t even describe that pain. Plus, if we had needed an emergency c-section, they would have put me completely under since I didn’t have the epidural in, and Chris wouldn’t have been allowed to see our baby’s birth.

So I got an epidural, and it saved me. I slept for maybe a half hour and was fully dilated. For the first hour of pushing, though, I couldn’t feel anything. I don’t even really count it as pushing. At 3 am, there was a nursing shift change. The new nurse tried getting me to push, then asked if I wanted the epidural turned off. We did that and within 5 minutes I could feel pressure again, and we started pushing for real. I was so so lucky. The epidural doc came back and was able to turn the dose up just enough to cut the pain again once that kicked back in, but I was totally able to feel my pushing, move around in the bed, squat, etc. I think it saved me from a c-section.

We pushed for about an hour and a half, just me, Chris, and the awesome nurse, Crystal, who coached me through it all. Chris says he has never – and probably will never – look at a vagina for that extended of a period again. He’s hopefully right! We got to the point where it was baby go-time, the nurse called my midwife to come back, and I think Willem was born within 10 or 15 minutes of her getting to the room.

Birthing a baby is crazy. I still can’t believe I pushed him out of me. The midwife gave me an episiotomy, which pissed me off a little, but whatever. I’ve healed, and my other aches and pains were worse. I was mostly so so glad I was not trying to care for Willem and recovering from a c-section because, holy crap, I’m up off and on all night with this little nugget. Anyway, back to the actual birth part: I pushed and pushed, and suddenly he was just… out. They put him on my stomach for a moment, someone said it was a boy, Chris cut the cord, then because of the meconium, they did some pretty intense suctioning of his airway. I got stitched up, Chris watched them work on Willem, and then he was back in my arms. He breastfed for about 2.5 hours after being born. 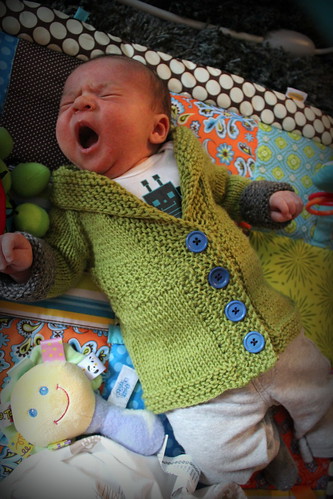 12 thoughts on “Closing Out Bump Watch 2014! And Willem’s Birth Story”