SEEDLING AND GARDEN RESUSCITATION
Back on February 1, knowing I was about to give birth ANY DAY NOW, I started all of our seedlings. I had an awesome spread of seeds, procured from Seed Savers Exchange, thanks to a gift card given to me by my in-laws for Christmas (great gift!). Thanks to the beauty and joy that is bringing a new being into the world, however, we ended up with our own little experiment in survival of the fittest going under the grow lights in the basement.

Only the strong survive!

Thankfully, the flat of greens did really well and went into the ground last weekend. That left two trays of raggedy tomatoes, miniaturized peppers, suspended animation ground cherries, a few spindly onions, a couple of yellowed cucumbers… and not much else. And those guys were hanging on by a thread, still eking out the last of the nutrients from the peat pods I had started them in.

Luckily, Willem loves his morning nap in his carrier, giving me a chance yesterday to repot all of the seedlings AND even plant a few more pots with fresh seeds, just in case I get some more growth in time for this season. I was especially sad that the arugula, peppers, and cucumbers did so poorly. I really wanted some lovely spicy arugula in my salads this spring; more seeds were planted in pots and directly in the ground. ARUGULA OR BUST! 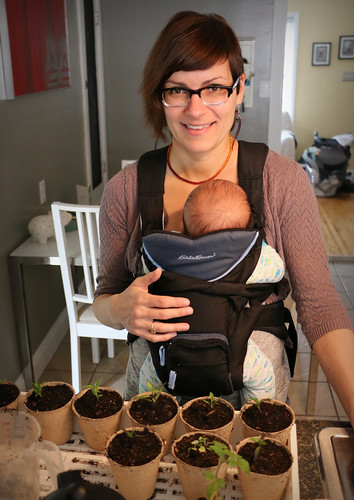 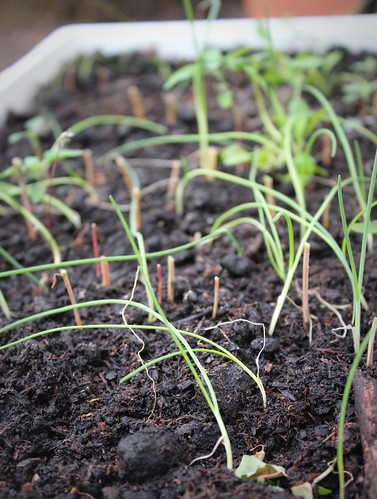 This morning during Willem’s morning tandem nap, we planted more seeds in the garden – beets, arugula, and chard mixed in among the greens. The kale is looking rad, and the greens are thriving to varying degrees. Which reminds me – I need to water those seeds!

NO RATS ALLOWED!
In other news, Chris has embarked on an ambitious project this beautiful weekend to rid our coop of burrowing rodents (aka RATS), which have excavated extensive tunnels underneath our coop to get at our messy chickens’ dropped food throughout this polar vortex winter. Here’s a sneak peek of what he’s got going on so far; more details to come! 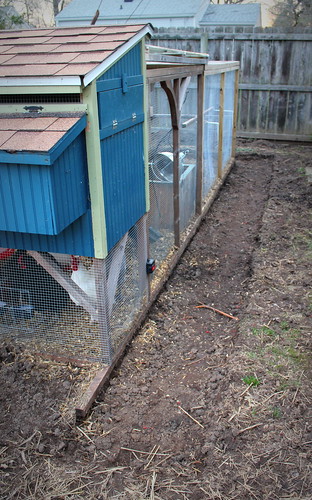 And check out our sexy new wood rack, built by Chris. He’s the best. 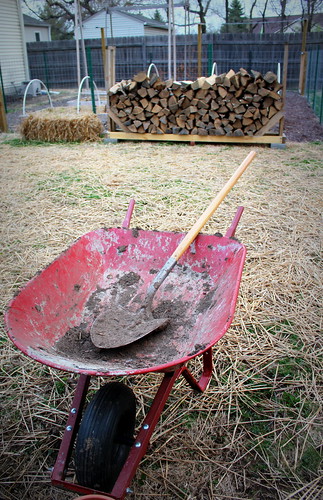 AND… BABIES!!!
Finally, in other OTHER news, I would be remiss if I didn’t say, hey, I really like our baby. Here’s our nightly bedtime wind down ritual: 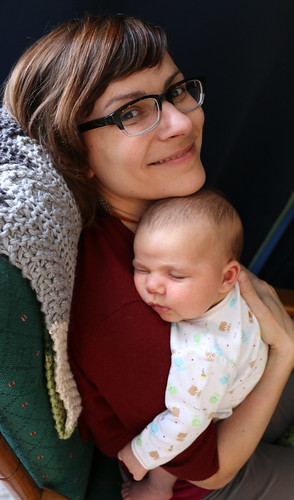 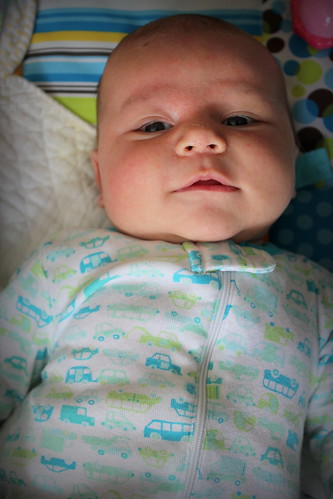