In the second installment of “too mainstream to be hippie, too hippie to be mainstream (aka trying to figure out where we fit into this whole “parenting” thing), let’s talk SLEEP. Or lack thereof?

ON SLEEPING: I think co-sleeping is super awesome. I really do. I always feel a tiny pang of wistfulness when people talk about co-sleeping. Again, though, it’s one of those “love it in theory, not for us in practice” type things. Mostly, we just don’t have a big enough bed, but also? Newborn babies are LOUD. Willem slept in a mini pack and play next to our bed until he was four weeks old, and the kid honked like a goose. I kid you not. At four weeks, I realized I was getting quite literally NO sleep, and it was off to the crib with him. We never looked back. 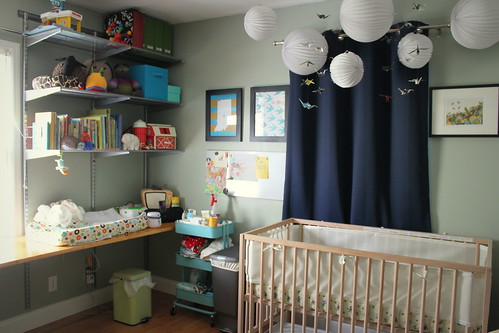 Where the sleeping magic happens.

At four months, we experienced the dreaded four-month sleep regression. It was awful. The dude would only nap for longer than 30 minutes in my arms or in the carrier. Which is no huge deal, but have you seen my baby? My baby is BIG. My body was HURTING. Ideally, I wanted him to be able to nap in his crib. 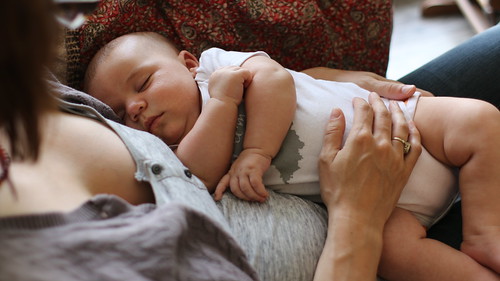 Back when Willem’s naps were ON ME.

Not only that, but none of us were happy or well-rested. He’d wake screaming, and I’d struggle for 45 minutes to get him back to sleep. Something had to change, and so we finally got on a loose schedule (I KNOW! A baby on a schedule?!), following the “Eat, Awake, Sleep” cycle. I quickly realized he really didn’t need to nurse to sleep. We instituted a nap and bed time routine. We know how long he generally is able to be awake before getting sleepy again, and we watch for sleep cues like a hawk. We focused on nothing but getting Willem into this new mode of sleep, complete with three decent naps a day, for about two weeks. And you know what? It took. We now have a baby who, most days and nights, actually SLEEPS.

So yeah. It was really, really hard work, but it worked for us. 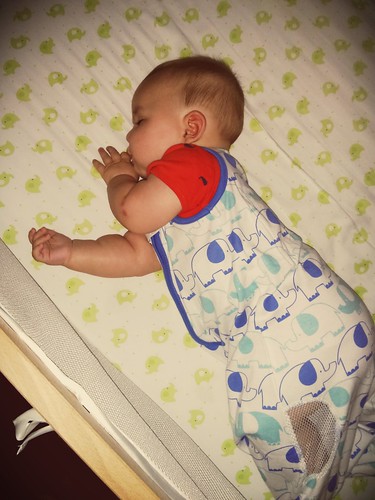 On the sleeping note, I scoff a bit at the suggestion that there is any sleeping solution that could be entirely “no cry.” Yeah, yeah, I bought the book. I read the book. The book has a lot of good ideas in it. But a baby, not crying at all? Babies cry to communicate. They cry when they are tired or overstimulated or just want to be held or just want to be put down. Sometimes babies cry, and you can’t figure out a reason. All you can do is hold them and be sweet to them and sing them songs. Sometimes, you even have to put them down into the crib crying (GASP!) and give them a minute to try to work it out themselves. I discovered this one day when, at my wit’s end, I set Willem down – and 30 seconds later, all was quiet. He just needed to settle himself, and no amount of me holding him was going to help him do that.

And you know what? Some babies are just complete shit for sleeping. For real. I think Willem is actually a pretty easy baby (now) in the sleep department, and he still wakes screaming inexplicably some nights. If we ever have a second, he/she will probably be hell on wheels, and I’ll look back on these days, a single, silent tear of wistfulness running down my cheek. Eh, who am I kidding? I’ll be weeping openly.