I wanted to pick some specific actions for my 2018 bucket list, but truthfully most of these fall under overall goals to center myself on how I can make an impact locally, focus back in on my own needs and health, and be more mindful and present in my daily life.

So this is kind of embarrassing to admit, considering I love my garden and all growing green things so much AND considering I work for an urban micro-farming/health and wellness/general “get awesome with your bad self” non-profit… but wow, have we ever fallen off the healthy eating wagon as of late.

My biggest intention for 2015? Get back into whole, healthy, organic eating. Period. As much as possible. 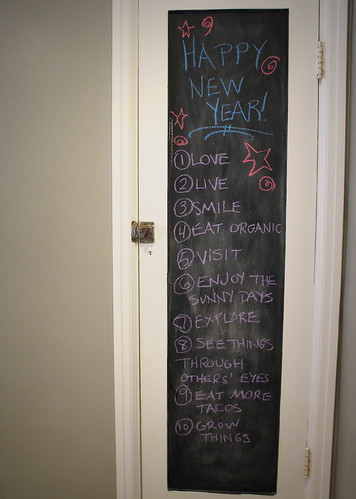 It started when Willem was born. I had no energy to make much in the way of healthy food, and I was starving ALL THE TIME, breastfeeding Willem, so getting calories of any kind was more important than trying to piece together healthy meals.

Add to that the fact that the garden itself was rather sad last summer (I was a little too preoccupied with general functioning and raising a wee babe), and so even during prime eating season, we weren’t eating super great. Then… in saunters winter. And everything falls to shit.

Willem eats wonderfully. He is very much interested in food, and at 10.5 months, he still has never had a jar of store-bought baby food. The problem? Willem eats better than us. By a lot.

Which brings us to my goal of getting more healthy, whole, organic foods back into our lives. We’ll be looking into a meat CSA again for the early winter/spring and going organic (and hopefully local) for our vegetables. It’ll get easier once our SUPER-AWESOME GARDEN OF 2015 starts producing this spring, but the next few months will be a good testing ground. 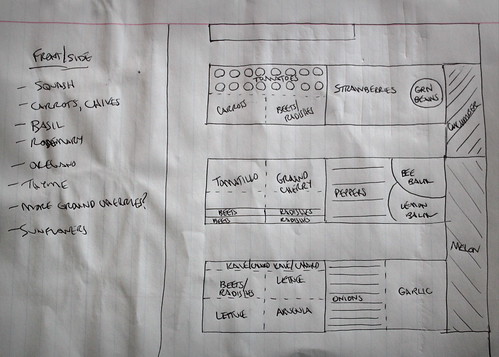 Also? I just got this amazing book from my in-laws for Christmas. So excited to curl up with this, a wee glass of whiskey, and watch the snow fly outside. 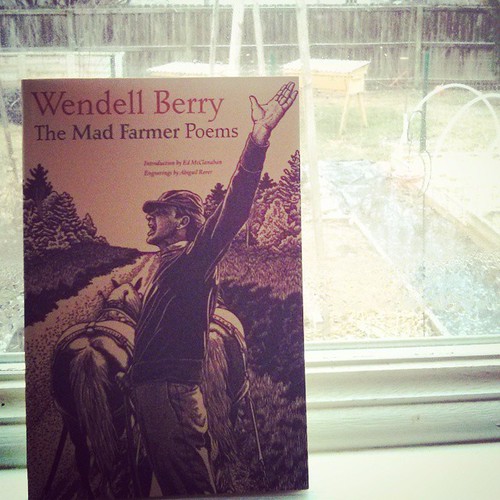 Last year, I had some kick-ass resolutions. How do I define “kick ass”? For starters, I actually kept them (to be fair, one of them was to drink more juice).

More importantly, though, it seemed my mental pump was primed this time last year for some big changes in 2013 (of which there were so, so many). It’s easy to list off the events that happened: got engaged, got pregnant, did an urban farming apprenticeship, learned so very much all summer long, expanded our garden, got married, went on an awesome vacation, had a fantastic baby shower, etc. etc.

However, the internal shifts are harder to quantify or even vocalize without starting to feel like a dirty hippie. But they are really, incredibly important to me. A few of the things I learned this year:

Speaking of showing gratitude, I am so thankful for so many people over this last year. My parents (gratitude times a million, this year and always, really); Chris, who got me through the worst days, supported me unconditionally as I came up with new schemes and dreams, and cheered me on through the best; Laura, Tyler, all of my Growing Places Indy peeps, and my inspiring, thoughtful, hilarious fellow apprentices this summer; Amy at South Circle Farm for so graciously opening up her farm to us on what turned out to be one of my favorite days this year, our wedding; Maggie at Fall Creek Gardens for being generally awesome and letting me help out with the new demonstration garden; our good local friends, fellow knitters, and neighbors; all of my girl friends scattered across the country, who listened during some damn dark days early this year; and my amazing, generous, loving extended family, of which I’ve always been so thankful to be a part and which expanded even more this year.

“The doors we open and close each day decide the lives we live.”
– Flora Whittemore

I’ve been thinking a lot about the small stuff, not in a mountains out of mole hills way but in the context of how little things add up to big changes. Think of all the resolutions we make (i.e. I WILL lose 15 pounds this year, I will STOP drinking alcohol on week days, I WILL go to the gym every day). Maybe it’s not the big-ness of the resolution that ultimately makes it impossible but the ultimatum, the absoluteness (I will, I won’t). Or maybe it’s the fact that what we would really love the most is for those resolutions to happen immediately: we put them out into the ether, and *POOF* we are fitter, happier, more productive, etc. (see Radiohead, “Fitter Happier”).

Life doesn’t work that way, though. Truly, life is busy and hectic, and trying to make a huge, sudden change of course is not practical (unless you’ve nearly been eaten by a shark or swam yourself out of an avalanche or had some other near-death experience). You hit the snooze, drag yourself to the gym, shower, make yourself presentable for the world at large, work work work, do the household chores or (in my case) run around town looking for woodworking tools for your dad or whatever other random errand you’ve got planned, and by the time you get home, it’s all you can do to avoid the siren call of the pizza menu pasted to the fridge, make a fresh dinner, and force yourself to just STOP at the end of the day.

So I guess I’ve chosen my resolution for 2012: to sweat the small stuff. It’s the little things or nothing at all. It’s an attempt to slowly shift the norm. Incorporate little thing after little thing into how you actually live, and you wake up one/five/ten years later living a different life.

What’s my first little thing? It’s totally not glamorous. Ready? I am going to… TURN THE SHOWER WATER OFF WHILE NOT ACTIVELY RINSING MY GRUBBY LITTLE SELF. Revolutionary, I know. To reiterate, though: it’s all about the little things.

And this (my brother and nephew at Mt. Adams in Washington):

And, yes, this (Chris and me floating on Lake Monroe, Indiana, on a perfect lake day):

In summation, this year it’s all about sweating the small stuff.

Footnote: Also? Chris, in his infinite wisdom of all things Coast Guard-y, has just informed me that turning the water off to lather is referred to as a “sea shower.” Sometimes I like to pretend that the Coast Guard is just a cover story and he was actually a pirate.

The gateway theory, when applied to drug use, is the theory that the use of less deleterious drugs may lead to a future risk of using more dangerous hard drugs and/or crime. Recently, I was reading a book on backyard chicken raising, and I saw a reference to chickens as the “gateway animals.” In other words, once you get a chicken or four, within a few years you may very well find yourself living on a small plot of land out in the country, surrounded by goats, sheep, rabbits, rows of vegetables and canning supplies, and maybe even a cow or two.

I recognize that this might be an odd way to begin the story of how the inhabitants of a little house in a little neighborhood in Indianapolis wanted to live more self-sufficiently, but I realized, for us, chickens were not the gateway drug. In fact, worms were.

This is not to say that we didn’t already have not-so-latent do-it-yourself tendencies or a love for understanding where things come from, how they work, and, most importantly, how to do and make and, ultimately, live for ourselves. But I digress…

This blog will be a place where we share our trials, tribulations, digressions, and successes as we decide how we apply a more self-sufficient aesthetic to our own lives. Part diary, it’ll also simply help us keep track of what went swimmingly well and what we might be able to improve next season. I must emphasize that we don’t know quite what we’re getting ourselves into or have much of a clue what we’re doing, although who really does when they’re first setting out on some magic, chicken-related quest? We’ve got a lot of books and strong backs and brains. At the very least, I’m sure some of our predicaments will be mildly entertaining or outright ridiculous.

So to welcome the new year, I raise my glass to the worms. Yes, the worms, those lovely, unsung gateway animals living in a bin in our pantry who were responsible, in part, for setting us on the path to creating our very own space-farm continuum.