The leaves seem to already be falling to the ground, and I feel like I’ve barely had the chance to enjoy them shifting from green to yellow to orange to red on the trees. What’s the deal, fall?

We’ve been in the throes of fall cleanup around here. A few weekends ago, the chickens got their coop and run deep clean. Last weekend, I dug the sweet potatoes and put more of the garden to rest.

There’s always so much excitement to see what’s buried under the soil on sweet potato digging day: 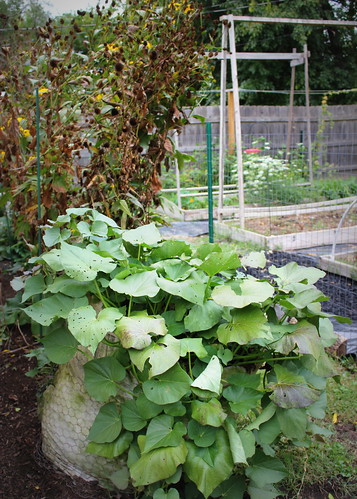 And then? Sometimes, this happens. Yup. That is the entirety of our sweet potato “crop” this year. 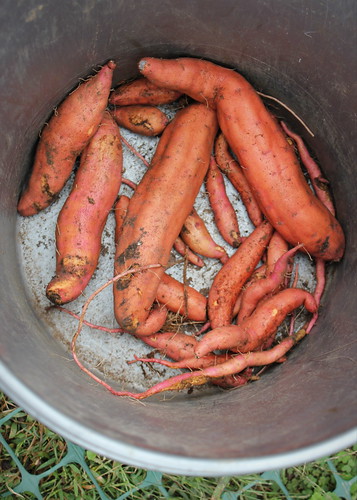 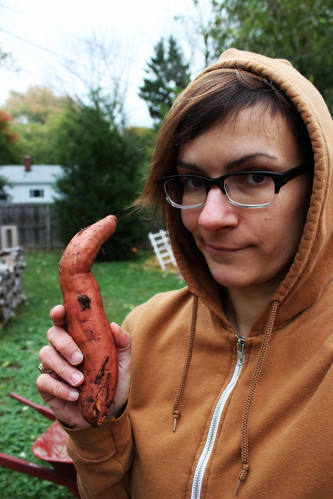 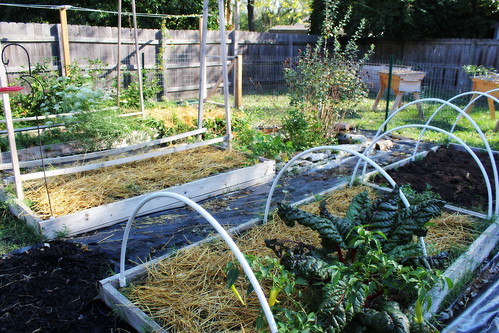 This weekend? This weekend, I took care of most of the older perennials in the front yard. We usually leave the coneflower all winter for the birds and other little critters, but we were a little distracted this summer and didn’t do much in the way of staking them as they grew. The end result was a bunch of beautiful, wild, crazy flowers laying across the lawn and each other. So… they had to go.

I feel like we should be doing “fall stuff” with Willem – taking him on hay rides and to pumpkin patches and little kid costume parades. But really? At this point, those things would be more for us than him, and he’s just not terribly keen on big crowds. He had such a great time playing on his blanket in the sun this morning, watching me hack away at the bushes of false blue indigo, butterfly weed, and coneflower. So instead of pictures of Willem with pumpkins, we’ll have pictures of Willem on my Grandma Farm’s colorful quilt in the front yard. 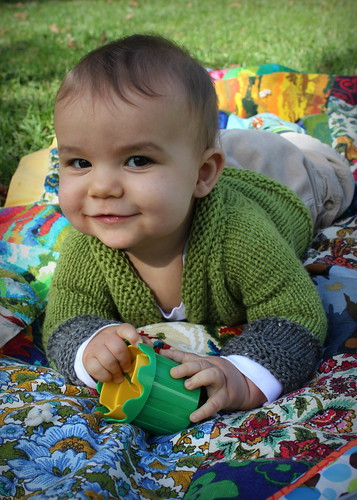 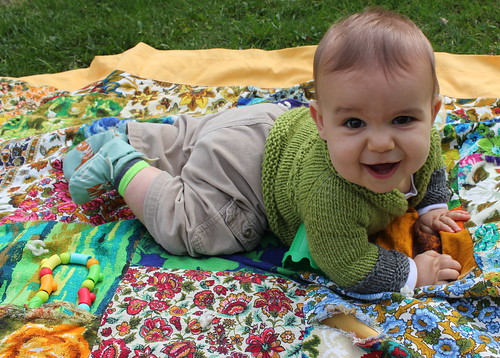 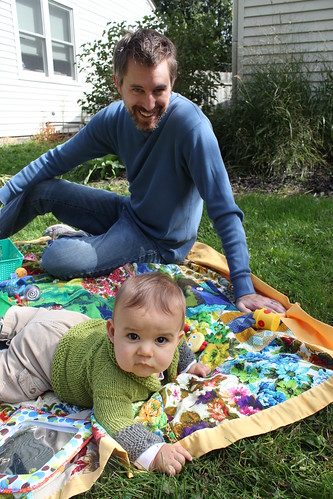 Can you also tell our latest exciting development? Willem now has two bottom teeth coming in! His gummy smile is a thing of the past. Sniff… 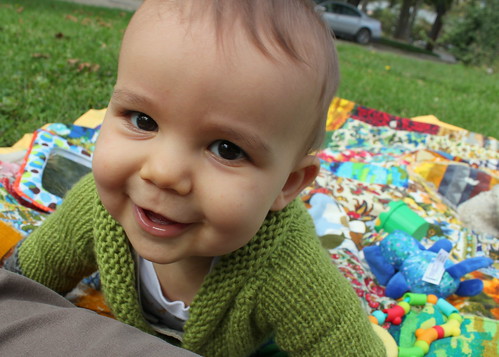 I must say, though, I can’t wait until he’s old enough to snuggle up on the couch with us and watch a movie or go play at Conner Prairie or the Children’s Museum or really have a blast watching the Christmas train display at the Eiteljorg Museum. Don’t grow up too fast, kid… but when you do, we’ll have some awesome stuff to do. 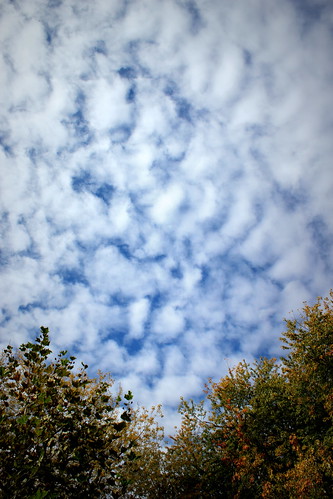