Too mainstream to be hippie, too hippie to be mainstream.* I’ve been turning this particular idea over and over in my head lately in terms of parenting. As a new parent, especially at the ripe old age of 35, I feel like I’m redefining who I am quite a lot these days. I’m suddenly doing the doggie paddle in the deep end of the pool, and I’m surprised to find I’m a whole lot more conservative than I thought I’d be in terms of parenting… although maybe it’s all relative.

Let’s back up. Pre-Willem, I was a working girl with lots of hobbies and passions; I wasn’t exactly interested in “climbing the ladder” work-wise, but I had been successful at growing my career and had consistently been able to support myself since grad school (it IS possible to survive on $1000 a month). These days, I’m no longer supporting myself, putting money into my retirement fund every month, putting away savings… That last sentence cannot be emphasized enough. It is extremely weird to go from being a very self-sufficient person to being dependent on another person and bringing in just a little extra salary from my very part-time (yet very fulfilling) job. 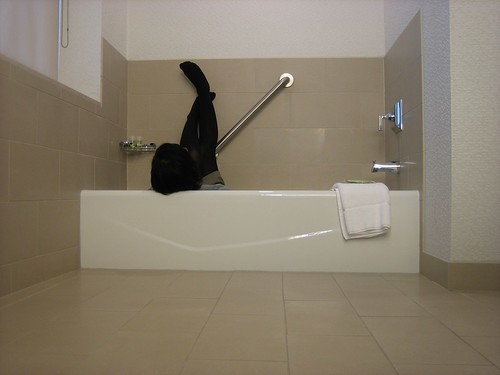 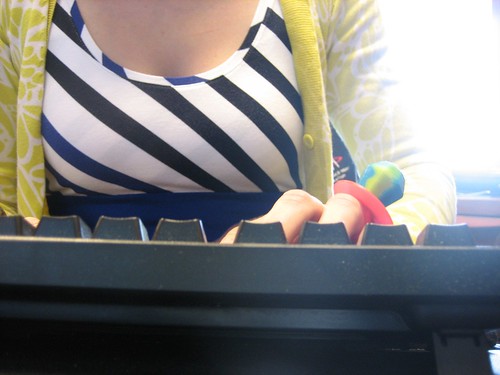 The candy ring signifies that SUPER IMPORTANT WORK is being done. 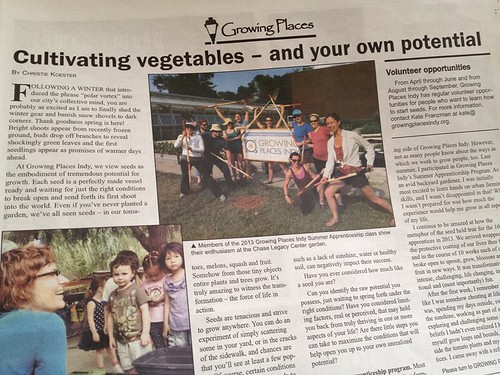 And my current work (in addition to being Willem’s mom).

And back then? I did ALL sorts of stuff. You know, just for fun. Whenever I felt like it. Oh, the luxury! Knitting and gardening and canning and baking and reading and and and… ALL sorts of stuff. These things are still high up on the priority list for me, but by necessity, they must fit around my primary new role: mom. 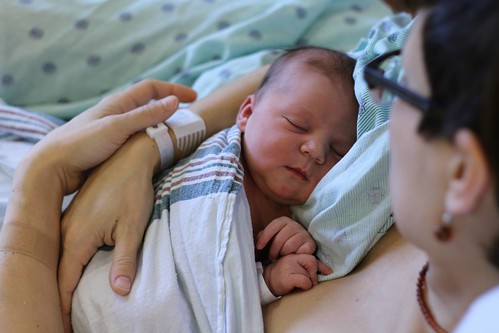 That one time Willem was born.

Yup. Mostly these days, I’m a mom to a wonderful little human who gets cooler and cuter and more amazing every week. Sometimes every day. It makes my heart hurt to think about it too much. In a good way. 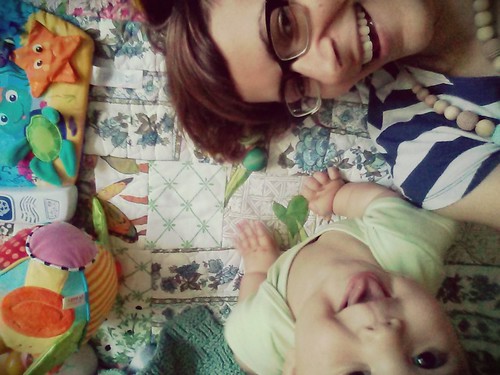 It’s even weirder, though, being all old and stuff and suddenly trying to figure out where you fit in this entirely new world of mom-hood. The only thing keeping me going is the hope that every other mom is probably trying to figure out the same damn thing – where they fit, who they relate to most, and how to navigate this new terrain. Even if they’re fronting and pretending like they’ve got it all figured out. 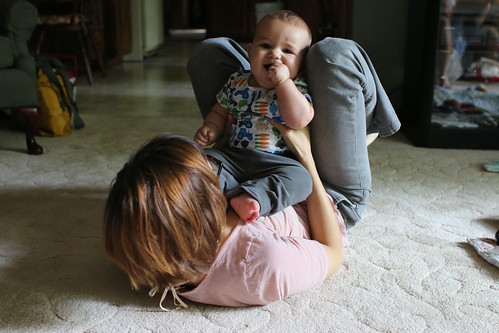 I was going to document some of the extreme views I’ve heard come out of people’s mouths lately re: parenting, but I realized two things: 1) that’s way more negativity than I want to perpetuate in my life and 2) I don’t really want to give their words more power than they have obviously already had over me.

So instead I give you the first installment of “being a parent” thus far, a la Chris, Christie, and Willem, aka “too hippie to be mainstream, too mainstream to be hippie.” I’m guessing many parents fall into this category, but, just like bad talk radio, the extremists on one side or the other drown us out with all their shouting and fervent insistence. 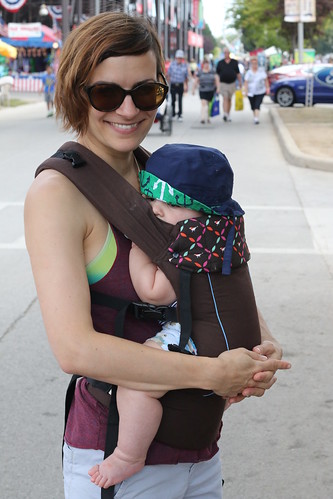 ON EATING: Baby led weaning? Not exactly for us, not yet, at least. In theory, it’s awesome: teach your babies to chew before swallowing, feed themselves, eat what you’re eating, etc. In practice? Not so much. It turns out Willem is very, very good at shoving food into his mouth. Giant chunks of food. After the first couple of tries led to immediate gagging, coughing, and (yesterday morning) puking, I’m sticking with purees and some very limited feed-himself options (green beans and super soft sweet potato sticks are big hits so far).

He also REALLY REALLY likes food, and he totally gets the whole spoon in mouth thing. He opens his mouth wide like a little baby bird any time the spoon comes near, and it’s adorable. I want to celebrate the fact that he’s interested in trying a lot of new flavors at this age and not place limits on that because he’s too busy dropping his food on the floor, choking on it, and getting frustrated because he would actually love to EAT EAT EAT.

Lunch yesterday was some green beans, sweet potato sticks, and a pureed beet/spinach/lentil medley. And he loved it.

ON BREASTFEEDING: Dudes, breastfeeding is awesome. It really and truly is, and I am so glad I had help getting through those first 10 weeks of utter, toe curling pain and exhaustion. With that said, I cringe when well-meaning breastfeeding professionals make off-hand comments about “how I’ll handle the disappointment if so-and-so gives up on breastfeeding.” Like it has anything to do with them, you know? I lived through those first horrible months, and I can tell you it was sheer will, stubbornness, nipple cream, and a lot of encouragement that got me through. I totally, totally wanted to quit and almost did, like, 20 times. I have absolutely zero judgment for anyone who decides breastfeeding is just not working for them, I guess is what I’m saying.

The takeaway? Mamas, just keep doing what you’re doing and don’t feel bad for not being “enough” of anything or to anyone. Probably no one’s even paying attention to how you’re feeding your baby, and if they are, screw ’em. If it’s working for you, go for it. In the end, your way IS the best way – for you and your baby.

NEXT UP: SLEEP. Or lack thereof. Oh, yes. We’re going there.

*Stolen from my brilliant friend, Nikki, who’s in the same boat, parenting-wise.

4 thoughts on “Too Mainstream to Be Hippie… Installment #1: ON EATING”